GET MY FREE PROPOSAL

Following Instagram’s latest update, users have been experiencing a multitude of issues.

Many users have been unable to use filters on their Stories, with a message that says “unable to use effect.” We wonder if this is a glitch associated with the Texas mandate to ban certain filters?

Now, an overwhelming number of users are complaining that their direct messages are black, making them unreadable.

There is no word from Instagram yet on what is causing this problem or when it will be fixed.

The black direct message bug is not just affecting one platform. Multiple users on both Android and iOS have taken to social media to report the problem.

Keep reading to learn how to resolve the problem….

During the last week, Instagram users in the United States, the United Kingdom, and several other countries have reported problems with the app.

Several users are reporting that the DM is black while attempting to read it from another user.

Users are unable to read the message because a weird black box has emerged on top of it. Or sometimes circling the messages and does not show the entire message.

But the main concern is that most people are not able to see any part of the conversation at all. This makes it difficult to know what the other person is saying, essentially making it impossible for people to make use of any Instagram’s messaging features.

Thursday morning (May 26th), we awoke to messages regarding Instagram reportedly going down overnight, and multiple bugs showing for users – causing a flurry of reports.

and you won’t be able to read any messages ARGHHHH

Anyone else’s Instagram messages have a black bar covering the message or that just me? pic.twitter.com/SHAgNQ6cb2

Instagram doesn’t appear to have addressed the global outage, but it’s clearly a bug within the app. But don’t worry, we’ve got a workaround for below.

Don’t fret, there’s nothing wrong with your internet connection, phone, or your Instagram account itself. It’s simply a bug that sometimes pops up with updates 🙂

Thankfully, through a bit of internal sleuthing, we have discovered a way to fix the irritating error.

TURN YOUR PHONE TO DARK MODE

We tried in our office and realized that users without dark mode on their phone were having the issue where users with it weren’t.

If you’re using an iPhone, do this by heading to Settings > Display & Brightness > Dark.

And if you’re using an Android phone, Open your device’s Settings app > Select Accessibility > Under “Display,” turn on Dark theme.

Now, your messages should appear with a black background and the text should be clear. 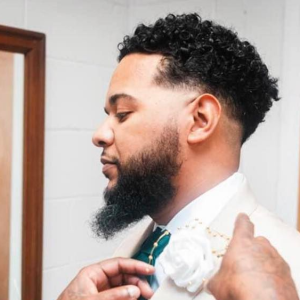 I believe in creating impactful solutions to help make business processes easier, yet more efficient. My passion is to create systems that require minimum maintenance and maximize the performance. We have a lot more just for you! Lets join us now

At WWDC 2022, Apple has revealed a feature that we’ve all been anticipating and dreading: the ability to unsend text messages in iMessage. According to

An overwhelming number of users have been reporting an issue with their Instagram Direct Messages showing up as black. Here’s a quick and simple fix.

https://youtu.be/b4nYyyhF97I As credit repair companies owners, you’re always on the lookout for new and innovative advertising platforms to help us reach more potential customers. And

Why is Goal Setting Important to Business?

We bring understanding to Business, our mission is to help you get clear on your goals and then find and use the most efficient means

Read More »
I tell myself I am courageous to work through a challenge.